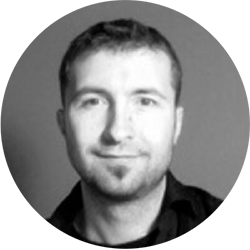 Hi:) My name is Joël Pittet and I’m out of Vancouver, BC, Canada. I offered to help co-maintain commerce_discount and a few other Commerce modules as well as likely involved in messing about with patches all over Commerce ecosystem.

Started working on a Drupal Commerce project, noticed things could use some fixing up and jumped in the deep end. I was recognized for helping triage the commerce queue in a fervor to fix all the things.

As a freelancer, you could literally specialize on any software stack. So why choose Drupal & Drupal Commerce?

I don’t feel I specialize:) I work on small/large ASP.net/MVC.net, some UX/UI work, mess around with DevOps usually for performance optimization, do a few WordPress websites and sometimes static or framework based sites. True master of none! I use Drupal because it’s strong for it’s multi-lingual capabilities and I like the people. Commerce because it tries hard to not be the Out-of-the-box solution, which usually doesn’t work as businesses have vastly different practices and requirements, and the Commerce people obviously;)

Users of Commerce Discount have a lot to be thankful for now that you’ve taken over triage and fixed a bunch of bugs. Our own development team has even called Discounts our “scariest project”. What makes discounts so important to you?

Because it was the “scariest” module to me too! I needed for my project and both commerce_coupon and commerce_discount caused some really nasty crashes when I started using it and I wanted to see if I could stop those. It’s still scary but slowly removing the warts, we’ll get there, come help!

What are a few projects that you’ve worked on that you’re particularly proud of ?

Not sure, maybe helping get Twig into D8 core.

You’ve also contributed quite a bit to Drupal 8 Development. Now that RC-17 is out the door, attention is turning to the contrib space, like in our Case Drupal Commerce 2.x. What do you see as the best changes in D8 and how will those changes make Commerce even better?

Likely CMI will help the most with Commerce as the configuration can be moved around a bit easier. Twig templates should help out as well, instead of splitting where to look for markup, having it one place to allow themers to extend/override and improve will be nice to see. Lastly I have big hopes for the improved caching capabilities to give commerce a speed boost wherever possible.

...And Speaking of Drupal 8, you’re listed as a maintainer of D8 core’s theme system. What’s it like working on Drupal 8 and Drupal 7 code simultaneously?

I learn things on both sides and try to apply what I learn to both sides. For example D8 had a great approach to replace *-rtl.css files we are so used to in D7. D8 uses CSS attribute selectors [dir=”rtl”] and the CSS can be written in context with it’s LTR counterparts and not accidentally forgotten. With commerce discount using SASS I could make short work of merging the two with [dir=”rtl”] &. It also gives me a broader perspective of how patterns are used in D7 contrib that can help shape decisions on changes in D8.

It’s a really awesome feeling to see your contributions go towards resolving problems or improving the code for all to use. Don’t be afraid you can’t do it, the only way you will ever be able to is if you try and don’t give up. And as you try you will learn SO much. I feel I’m a stronger coder because of my contributions. My code looks much cleaner, documentation ever more existant, I’ve learned how to profile and debug with all kinds of tools I’ve never imagined, learned how to write tests to make sure bugs won’t happen again, and how this massive community organizes and pushes itself forward all because of contributing! So yeah, seriously why not?

And, one last question… We notice you’ve got two little dot’s over the ë in your name. What’s that all about? What’s their short-cut key?

It’s not there in my legal name. It’s how my family and friends normally pronounce my name so it’s just there to help. It’s like how you pronounce Christmas in French, Noël or the English Joelle and it’s a French name from my Dad’s side. I mostly grew up in English speaking Canada and some family members and friends pronounce it Joel without the accent, I don’t mind that either and respond to it too;) Just a preference to what I’m used to hearing the most.

Shortcut on mac is “option-u + e” on PC it’s “alt-0235” (surprised I remembered that, it’s been a while, there is probably an easier way by now?) If you’re on a phone, just hold down the “e” for a while and the choices will show above(not tested on non-iOS).