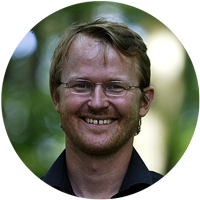 Lars Oleson is a native of Denmark and a school teacher by trade. He's also the co-maintainer of Commerce Kickstart v2 and a community member who has brought a lot of positive changes to the project.

I am just a random guy who contributed a little time, effort and work in the issue queue.

I got interested in Drupal some years ago when I grew tired of maintaining my own little systems for different websites. I created a site both for my workplace (vih.dk) and for my little frisbee shop (discimport.dk). I thought Commerce Kickstart was a very cool starting place for creating a shop. The 2.x branch just started to take place, so it had a couple of hiccups at the alpha and beta-stage. I started reporting issues in the issue queue - and had a very good response for especially bojanz every time.

Later on I started contributing minor patches and then got a little interested in making the distro even better, so my own shop also worked better.

So you added the behavioral tests, through Behat, that we have in Commerce Kickstart 2. What was your motivation for doing that? How long did the initial work take? What did Kickstart gain with that work?

At the time I started some work on adding the Behat tests, I read about it several places on the different blogs. I started out making some tests for Panopoly which I use in other places, and I saw that it was a great way to reproduce the issues, I’ve found. As I was also using Commerce Kickstart 2.x at this time, I thought I could contribute to the community by laying the foundation for the the tests, so it would be easier to replicate issues in the distribution both for other users, but also for myself. The initial work of getting used to Behat and setting it up to run with Travis CI took some time, but I never really counted the hours as I just did it in my sparetime, and I thought it was fun. I could re-use a lot of the work discovered in both distros. Now if I setup Behat and Travis CI integration for the initial skeleton, it is very quick.

I think the maintainers are more confident when doing upgrades now because of the integration with Travis CI, and if any issue is discovered it is easy to add a test for it.

You also sponsored for the upgrade path of Features 1.x to 2.x. Was this out of generosity? or did you have a project that needed the update? or maybe both? What were the main challenges of that work?

Starting of bojanz initial work on getting this to work, I also did a lot of actual work getting this implemented. I wanted to be able to utilize Features 2.x for my own shop. Then I ran out of time at some point, but still wanted the work done. Therefore I decided to sponsor some of the work to get the stuff done. Both for not having almost-finished work never being completed, but also because I hope to utilize it soon.

I’ve spent many hours in the issue queue and fixing smaller stuff in many different projects on drupal.org. I think it is great that other people spent a great deal of time, so I can have a good product. If I have an issue, that I hope people will fix for me, I contribute some time to make the maintainers life easier. Like trying to create a few patches or make a little sense of the issue queue.

It is a very nice experience when the work you do is appreciated, and you meet some cool developers. Every time I need something new, like an integration with the accounting platform billy.dk, I make it open source so others can use it. There is probably a lot of bugs, but maybe I am lucky other people start using it and help improve it. Also when doing this, it is easier to get a developer to make improvements to the code.

It’s been really cool helping out at both Panopoly and Commerce Kickstart, where I met some very active and helpful people on IRC. Other than that I mainly use Drupal and Commerce for the sites on my workplace, which I am trying to hand off to other people, and for my own shop. So it is not really big projects any of them. Then again I am a full time teacher and deputy head at a folk high school with sports and a family, so time is limited. However, now and again I enjoy doing a little work and programming.

What’s the worst project you’ve worked on? (you can change the names to protect the guilty or innocent)

I haven’t really worked on really bad projects. I was helping out a bit on Commons, and for a while the maintainers responded very quickly. Therefore, I decided to improve the demo content using Migrate from what I learned working on Commerce Kickstart. That took a while to get it right, but the patch is still hanging in the issue queue, because the maintainers got busy elsewhere.

My days are very different. I will get my kids ready for kindergarten. Then I will walk 200 meters for my work. I work at the folk high school, so either I will teach sports, photography, poetry slam, project management, creativity, council some students, attend leader or teacher meetings and try to work my way through a massive todo list. In the afternoon I will go home and try to spend time with my family unless we have some kind of event at the school, or I have a meeting elsewhere.

About once a week I will look into how I can structure the backlog of my sites and make some milestones, and either fix some stuff myself or I usually bug mglaman to do it for me, as I have a lot of other stuff to do, that takes up the time I used to spend on programming.

What’s in your refrigerator? More importantly, do you refrigerate your eggs?

There is a lot of different stuff - including eggs. But the first thing we always buy is skimmed milk for our oats and raisins in the morning, and a fattier milk for cafe latte.

What is your favorite thing about the Drupal Commerce? Why do you choose DC over other eCommerce softwares?

I haven’t really tried all the other eCommerce software. I like Drupal Commerce because then I can use Drupal and the whole ecosystem and modules connected with Drupal. I think Commerce is really cool especially after introducing inline entity form which made it way more user friendly.

What are your favorite and least favorite things in Drupal 8? What is your wish list for Commerce on Drupal 8?

I haven’t really played with Drupal 8 yet. But my favorite thing is how it is embracing object oriented programming. I waited a lot of years to start to use Drupal, because I disliked the way it is coded prior to Drupal 8. I am hoping it will be so much easier in Drupal 8 to write more tests for your own modules. So I cannot wait to dig into Drupal 8, but I want it to be stable first. I started developing vih.dk together with another developer when it was in beta quality, and I spent a lot of time going astray :)

I am hoping that the Commerce experience in Drupal 8 will be even more user friendly - and it is really nice that some of the Commerce functionality seems to be abstracted into reusable libraries instead of Drupal specific modules.

What would you like to see more of from Drupal Commerce and the community?

I do not have anything in particular on my list. I can only say that Commerce Guys seems like a big driving force - and the people I’ve interacted with regarding Commerce all seems to have been or has later been employed by Commerce Guys. The activity from Commerce Guys in the issue queue and the friendly approach has been what have kept me wanting to do some voluntary work.

Thanks to Lars for all the effort he's put forth on behalf of the Drupal Commerce Community. To see a full list of his contributions, see his profile page on drupal.org.

FWIW: Almost everyone in the drupal community treats their eggs differently. In #merica we keep them frosty in the fridge.

Lars is a wonderful Drupal contributor. I'm honored that he's chosen to give so much to the Commerce ecosystem. Thanks, Lars!